It was the evening of June 3rd 2008. I was worshipping the Lord in Steve and Christina Stewart’s house in Vancouver British Colombia, Canada. It was roughly 10 pm and I was in my room in their basement. At that time I was being mentored by Steve and Christina, it was an amazing time in my life. While worshipping I heard the Lord say “but We See Jesus” and immediately I began to weep and be gripped with a great sense of responsibility. Suddenly scriptures began to fly through my head, Matthew 25, Ephesians 3:9, Hebrews 2:9, Revelation 3:18. After I got up and googled “We See Jesus Ministries” to my surprise it didn’t exist. Immediately I understood what the Lord was saying to me. That was the name of the ministry he was giving to me and somehow in those scriptures I would find an expression for the ministry. Later on I found out that every one of those scriptures had to do with either seeing Jesus or spiritual sight. That helped me understand my assignment. Roughly a week later I was scheduled to fly home to New Jersey to see my little brother Aaron graduate high school. I was scheduled to see him graduate high school and preach 5 times in the New York, New Jersey area and then return to Canada. When I went home God began opening doors for me to preach. I called Steve Stewart and explained to him my situation, and he said “just move with God.” That really touched me in a deep way, because his ministry Impact Nations had helped pay lawyer fees to get me into Canada which weren’t exactly cheap. Yet he wanted me to move with God? I learned that true Spiritual Fathers are releasers not controllers.

I was now in New Jersey with no car and only a little bit of clothes. Most of my stuff was in Vancouver. During this time God opened many doors and I met the love of my life. Sarah and I realized we were going to get married and started to plan accordingly. I meet Impact Nations in Lima, Peru did a journey of compassion with them and then came back home to New Jersey. In early December of 2008 I returned to Canada. Knowing I would soon return to New Jersey to start a ministry and also a new life with my wife to be. Steve and Christina laid hands on me and blessed me and I received a powerful impartation which included many tears. After that time I left to drive from Vancouver all the way to New Jersey, it was just Jesus and I. I enjoyed every moment of that season of my life. There were many other things that happened during that time, but I have just made a very long story short.

Also I would like to honor John Natale for allowing me to travel with him and his family. Abner Suarez also was very gracious to me in letting me travel with him. My Father Angelo and Andrea have been a great help and I would like to honor them as well. If I took time to honor everyone who was a blessing to me this would turn into move credits. Thanks for reading this and being intrested and supportive of this ministry. 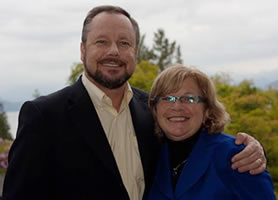 Those who seek the Lord shall not lack any good thing. #Jesus

Please pray about sowing into one of our projects - WeSeeJesusMinistries.com/give/projects #change
You are now being logged in using your Facebook credentials